Behind the Design - Princess Party: A look into a diverse history - ExpressionMed

Behind the Design - Princess Party: A look into a diverse history 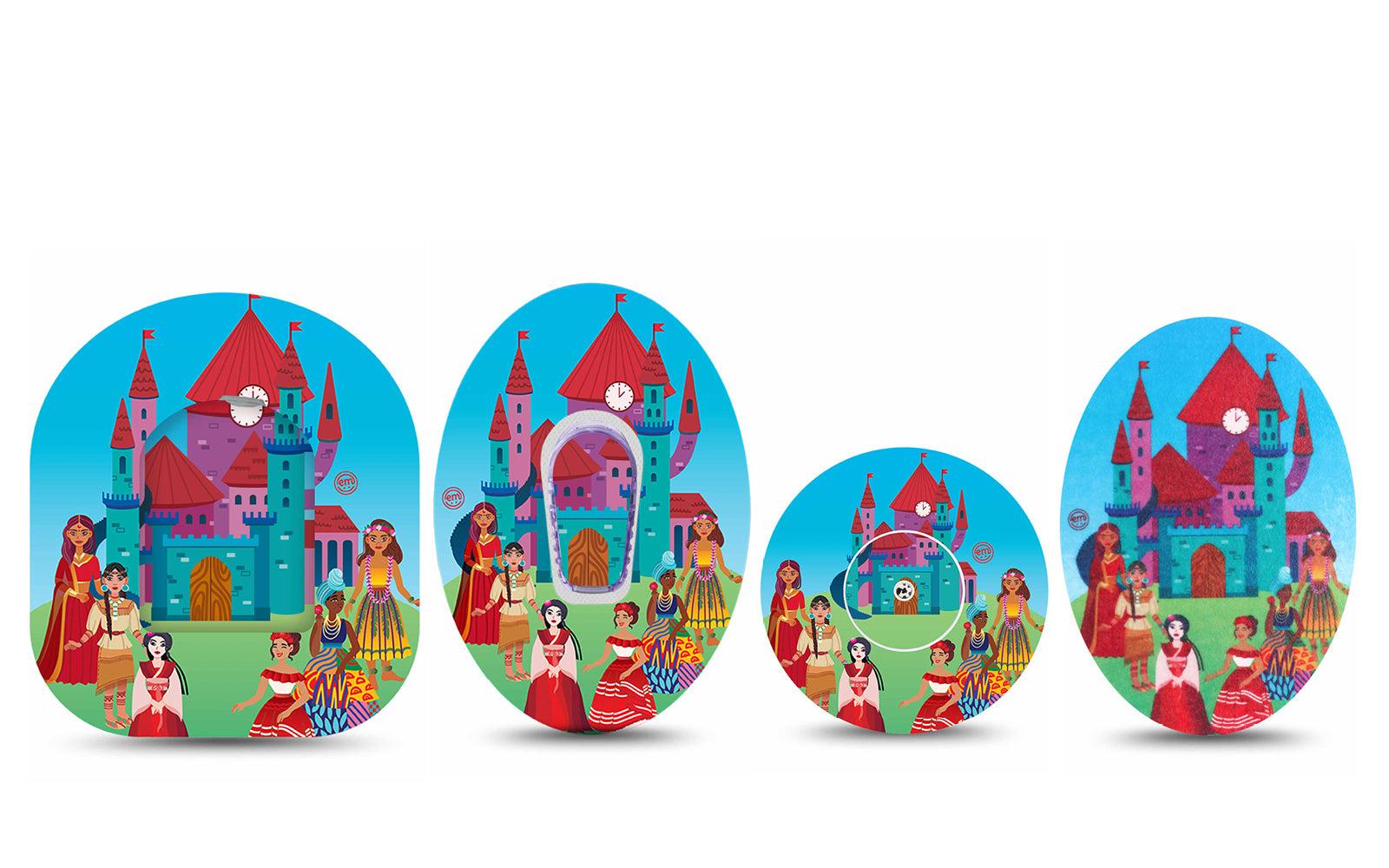 A Note from the Founder:
Unlike many beloved storybook characters like fairies and superheroes, princesses are real, historical figures. Due to their wealth and status, they represent ideals of beauty and culture from their country and time period.

After receiving dozens of requests for a princess design over the past few years, we knew we couldn’t launch this design until we did it right.

We hope you appreciate the culture and history represented by this tape as much as we do.

Enjoy the stories below and the beautiful tape our team has created for you.

Now to pass it off to our Project Manager and author of this blog, Jenna ♡

A Princess and her gown

The research for this tape design took many days and included the collaboration of myself and Julia, the designer of this tape. Together, we collaborated in research about cultural princesses around the world. Children's designs for Dexcom and other diabetic devices are a great way to help kids express their interests and loves. We, at ExpressionMed, value this very much. Our first princess (rightmost princess) is a portrayal of an Indian princess. The attire of the princess is called a Lehenga Choli, which consists of a lehenga– a long Indian skirt, a choli – a fitted blouse with embroidery or embellishments.

In many cases, a Lehenga Choli is worn with a dupatta - a long piece of cloth worn along with Lehenga and choli that adds extra grace and elegance to this outfit. The main colors of this design, red (representing purity, fertility and prosperity) and golden saffron (a sacred color for Hindus), were inspired by the photo above. According to our research, wealthier Indian women around the 600BC would seek artisans to decorate their saris with expensive stones and use gold threads to enhance the appearance of the garment. This is why we made sure to add gold accents in this design

The headpiece that you see on our cartoon princess is called a maangtika. A maangtika is a traditional head pece worn most often at weddings, traditionally by the Hindu bride. It consists of a metallic string

and adorned with precious or semi-precious stones. The maangtika is worn at the middle parting of the hair. Our second princess is a Native American princess - loosely inspired by Pocahontas. Originating from the Powhatan tribe, Pocahontas and other Powhatan men and women did not often wear much clothing. When they did, they would often wear deer skin around their waist. Like other Native American tribes, common materials used in Powhatan jewelry include shell beads, freshwater pearls, copper and animal parts, such as teeth or bones.

It was common for Native Americans to not wear shoes, but when shoes were worn, they would often wear moccasins - a shoe commonly made out of animal hide. Our third princess is our interpretation of a Chinese princess. During our research process, we chose to draw our ideas from many different dynasties of China. For attire, the Hanfu, originating from the Han dynasty (206BC-220BC) authentically consists of a crossed collar, a right lapel, a sash instead of buttons, and colorful embroidery.

Traditionally, embroidery patterns usually reflect the social standing of the person who wears the clothing. Our fourth princess is a Mexican princess. We derived the dress from Campeche, a city in Mexico. The traditional dress design was formed under the Spanish influence.

It consists of a long, wide skirt made of Spanish print fabric, often decorated with lace; a white blouse with a square collar and black embroidery; and rebozo.

Mexican women tended to wear Campeche Typical Clothing four times a year at the carnival and the festival of San Juan, San Román and La Purísima Concepción. Mexican skirts can be ankle-length or knee-length. They are made from cotton, wool, silk and lace. Very often they are wide, bright and embroidered. Our fifth princess is a West-African princess. From our research, we found out how bright colors are used frequently in West-African traditional attire.

In Nigeria, a head tie, like the one in the cartoon, is called a gele. A beautiful and symbolic expression of identity and style, the traditional African headwrap is so much more than a fabric to cover the head. The gloriously woven head wraps are an undeniable statement of African culture and celebration, but that has not always been the case; before becoming an iconic fashion statement, they were associated with slavery and colonialism. Many queens from various areas adorned the traditional headwear, including Nubian queens who chose elaborate and rich fabrics woven with exotic and beautiful flowers.Traditionally, African ladies would wear headwraps to protect their hair and heads from the strong sun and keep cool in the hot weather. The cartoon designer said “The skirt was inspired by African wax print fabric. It's a common material for clothing in Africa, especially in West Africa. Usually, it has very colorful and symbolic patterns.” Our sixth princess is a Hawaiian princess. One of the traditional outfits of the Hawaiian people was the Hula attire. The hula dance (the traditional Hawaiian dance) was a way of worshipping the gods and telling stories - crucial in an oral tradition.

The basic attire was a lei, a pa'u skirt or grass skirt, and ankle bracelets made of whalebone or dog's teeth. Leis were constructed of flowers, leaves, shells, seeds, nuts, feathers, and even bone and teeth of various animals. The head lei in the cartoon is called a Lei Po’o - usually reserved for special occasions such as luaus (parties), graduations, weddings, and ceremonies.

Why Historical Accuracy is Important to Us

In our diverse everyday society, we believe that it is important to acknowledge the history of every person. This is because your ancestry is what made you who you are, and that’s important to everyone. No matter your ethnicity, your background, your race - everyone can be a princess.

Comments will be approved before showing up. 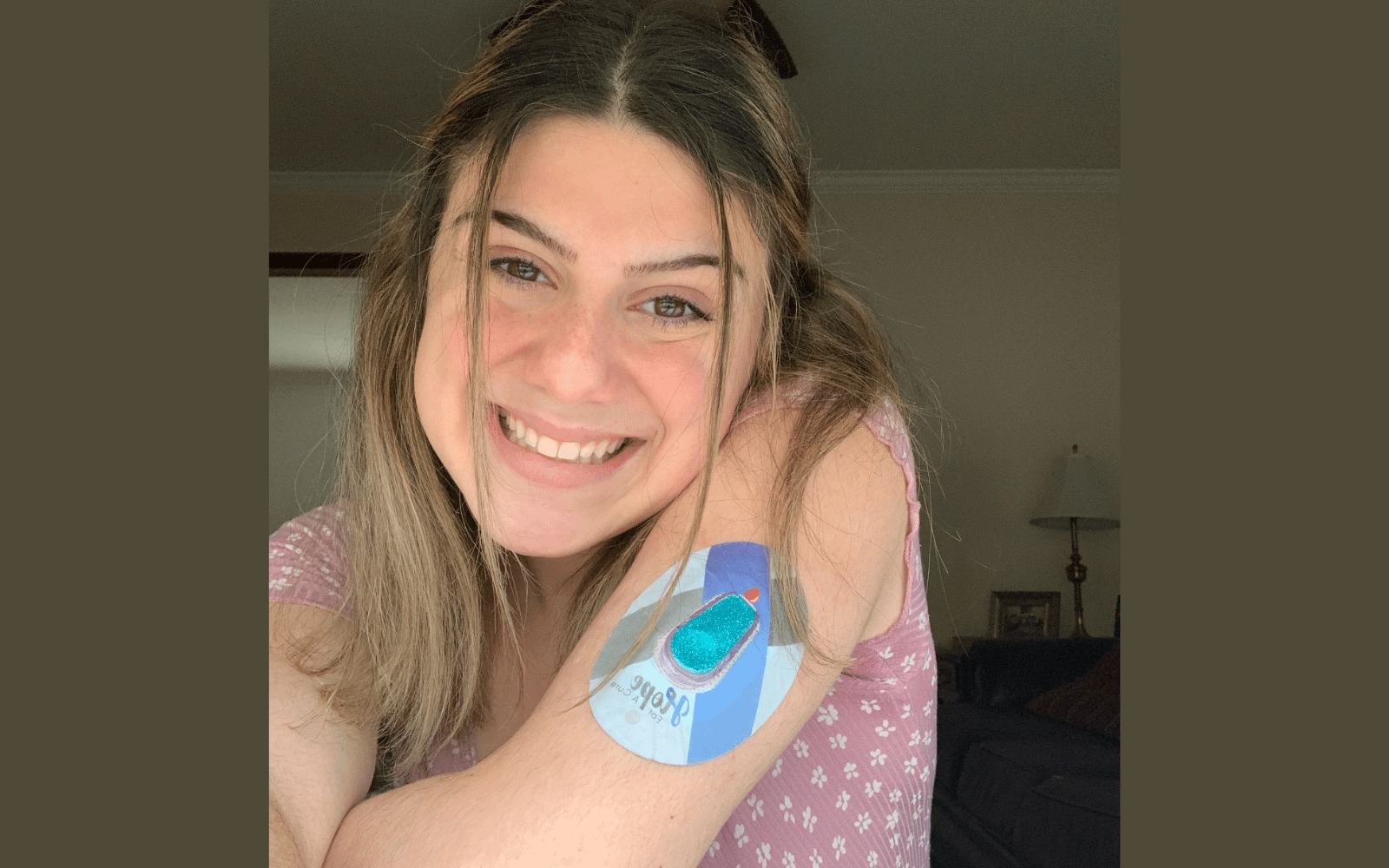 Diabetes and Mental Health: How to handle the fears that come with diabetes

Keeping Your CGM Tape on Longer 202: The Hair Dryer Trick